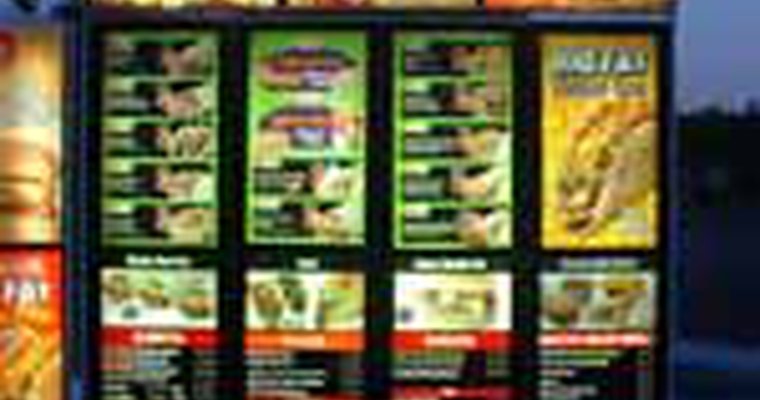 Digital signage has been around for about 20 years, but now consumers are seeing it 10 to 20 times a day. This ubiquity means they're starting to expect digital content and restaurant operators should take advantage of its abundance of benefits, according to Craig Rathbun, director of Philips Commercial Signage, North America.

"The most unique thing about the digital market is content. Don't use it just to list your menu items and price. They can be so much more — promotion, merchandizing, entertainment. They can be used to engage and create stickiness with customers," he said.

At this week's Fast Casual Executive Summit in New Orleans, Rathbun was joined by Lyle Bunn, principal and strategy architect at Bunn Co., and Randy Murphy, CEO of Mama Fu's, to discuss digital menu boards and how they can play into a restaurant experience.

Digital signage generates more revenue by increasing visit frequency, Bunn said, mostly because of the compelling imagery of food and beverages. He pointed to an example from the Venetian Resort in Las Vegas that increased its billboard viewership fivefold after moving its food photography from static to digital, the latter of which included an image of steam coming off the concept's steaks. Because we "eat with our eyes," these enhancements lead to quantifiable results, he said.

"Eighty percent of adults have seen digital signage in the past month; 70 percent of them have made an unplanned purchase because of it," he said.

Digital signage, Bunn adds, improves the environment for customers because it reduces their perceived wait time by 40 percent while "creating energy and providing infotainment." It can also be used to increase revenue through upselling or cross-selling, promoting other services such as catering and gift cards, and showcasing third-party ads.

"Tim Hortons added something interesting to that one panel," he said. "They were encouraging next visits, [for example] running a lunch promotion at breakfast. They used it to countdown when the cookies were coming out of the oven, and customers actually jumped out of line to watch the countdown and wait for the cookies."

Finally, Bunn referenced a Java City menu board that is mostly static but for a blue butterfly that moves around the screen to encourage orders depending on the queue. For example, if there is not a long line, the butterfly moves to the higher margin items. If the line is long, it moves to the quicker, easier items. A webcam measures the wait length.

"With these types of examples, who knows where digital signage will go, what it will become?" Bunn said.

To close out the panel, Murphy provided his company's experience in installing digital menu boards. The Asian-inspired concept switched to digital in 2012 to "tell the Mama Fu's story." The brand's objectives were simple — increase sales and provide a better guest experience.

Restaurants now feature digital boards in three zones, the entry, the counter and the wall. "We wanted three opportunities to educate our customers," Murphy said.

The cost averaged $10,000 per store and Murphy said the time to ROI was four to five months.

"Not to mention all of the soft ROI, which is endless; the flexibility of it, the inspiring content. It's more about ambiance than marketing," he said. "We now feel that the quality of our interior matches the quality of our food. It's been fantastic, and we're still new to it."

Alicia has been a professional journalist for 15 years. Her work with FastCasual.com, QSRweb.com and PizzaMarketplace.com has been featured in publications around the world, including NPR, Good Morning America, Voice of Russia radio, Consumerist.com and Franchise Asia magazine.