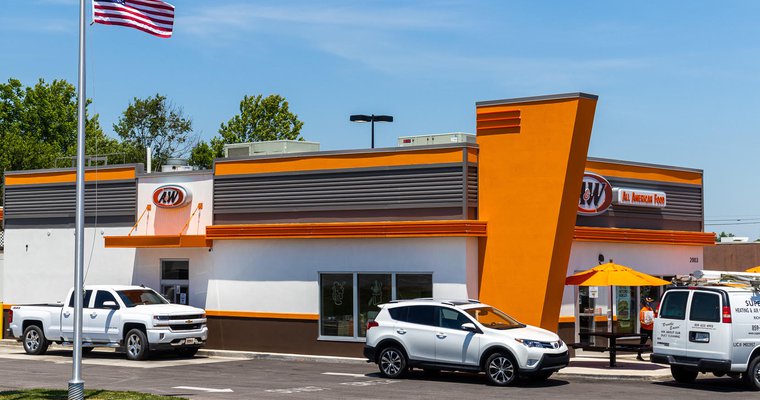 A&W Restaurants is closing in on its best annual comp-sales performance in five years, thanks to a 13.5% increase in September. October should be up by more than 10%, which could push the company beyond the nearly 10% growth it experienced five years ago, according to a company press release.

"The new A&Ws have consistently opened to long lines, with sales continuing to exceed expectations," CEO Kevin Bazner said in the release. "Our franchise partners — and our support team — worked exceptionally hard to get these new restaurants staffed and opened, so it's very rewarding to see everyone's efforts pay off."

A&W opened its newest store last week in Mountain Lake, Minnesota, southwest of Minneapolis-St. Paul, and six more stores are opening next year. Agreements for nine more are in the signing stages for either stand-alone A&Ws or convenience store sites.

"The pace of development — especially permitting and construction — is clearly picking up from this spring and summer," Bazner said. "A&W's performance has created quite a bit of buzz, which in turn is attracting a large number of prospects."

A&W's restaurant sales and development in Southeast Asia also are rebounding this year, according to Bazner. Its international franchisees have opened 11 locations, with five more expected by the end of December. A company-owned location in Singapore will open in December, the release said.

The Lexington, Kentucky-based company has more than 900 stores globally, including more than 550 in the U.S. All but three domestic locations are franchised.