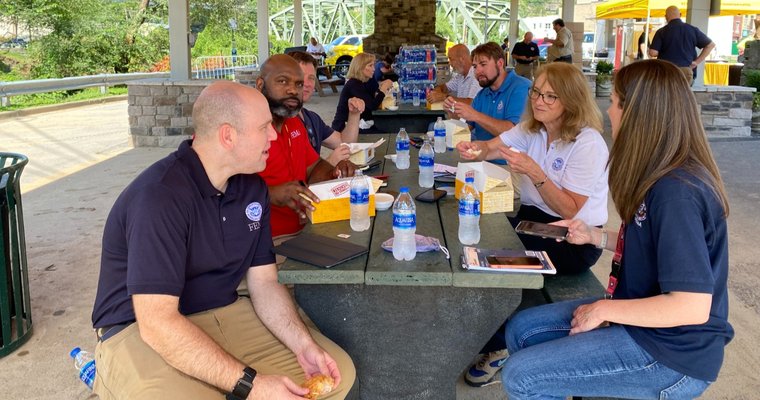 The Lee's corporate operations team, led by Bill Sparks, David Adkins and Kristi Comstock, rallied support from additional Lee's operators and collected supplies to aid the flooded areas near two of Lee's Kentucky-based stores. Stoker's, a food service distributor, and Broasters, a manufacturer of fryers and other restaurant equipment, provided a mobile kitchen on-site as well as food products where the team was able to fry chicken and prepare meals. PepsiCo added support by providing cases of bottled water.

"At its heart, Lee's is about giving back and serving families in the communities and areas near our locations, where our valued operators and team members work," Sparks, who has been a part of the Lee's team for 24 years, said in the release. "One of our stores was temporarily without water, but that is minor compared to what some people and businesses in the area have experienced. So, we partnered with Stoker's, Broasters and PepsiCo to help ease some of the need for meals by providing what we know best, chicken."