The new menu, and the marketing strategy behind its launch, is geared toward the 18 to 34 age group. 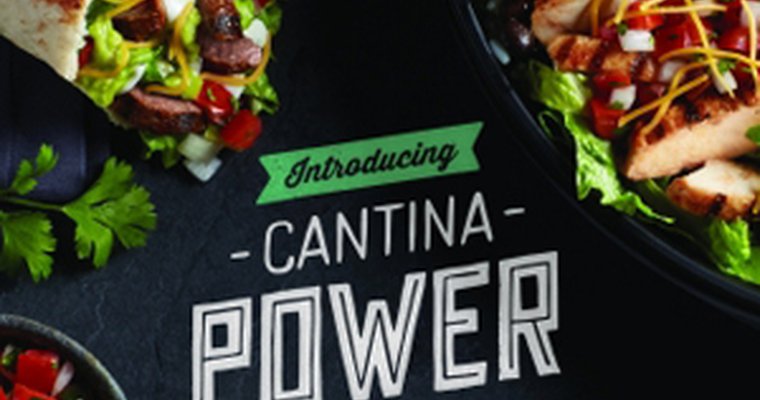 Taco Bell is making a strong push for Millennial customers with its Power Platform launch, set for July 17. The Cantina Power Menu is the first iteration within the Power Platform and includes Bowls and Burritos with more than 20 grams of protein and 500 calories or less.

The menu combines the brand’s Cantina line – originally launched in 2012 – and its “Power Protein” line, which was initially tested last year in Dayton, Ohio. On a call Thursday, President Brian Niccol said by adding “protein or power” solutions, the brand is staying in tune with customers’ lifestyles.

“When you look at what’s defining today’s culture, and the powerful lifestyle movements behind it, one of those is the drive toward protein solutions,” he said. “Consumers have told us they love the gourmet flavors, burritos and bowls, but they’d love to have all of those in a solution that gives them the power they’re looking for.”

According to recent research from Mintel, U.S. demand for protein offerings is growing. Nirvana Chapman, a Mintel trend analyst, said Americans are looking for protein to aid in “satiety, weight management and to boost muscle recovery and build muscle after a workout.” With this in mind, protein “appeals to a broad audience in a great number of usage occasions,” Chapman added.

The Cantina Power Menu’s burritos and bowls include a double portion of chicken or steak, as well as lettuce, Pico de Gallo, guacamole, cheddar cheese and reduced-fat sour cream. The burrito is grilled in a flour tortilla, and the bowl is served on a bed of black beans and Latin rice.

Niccol added that the menu is a “powerful place” for Taco Bell to be, as it avoids a veto vote from those who don’t want an indulgence, as well as offers variety for those who want to choose between steak, chicken or vegetarian.

“Millennials jump around. They want this customization and variety … When I eat this, I feel like I’m cheating and then realize I’m not. Everybody wants to have great flavor, but no tradeoffs. I think we’ve achieved that," he said. “We’ve heard over and over that people aren’t looking for diet food. They want food that gives them energy, freshness and protein and, frankly, food they can’t get anywhere else.”

‘Onto something really big here’

Taco Bell’s registered dietitian Missy Nelson was also on Thursday’s call and called the new line an “experience that customers want and can feel good about.” The new offerings, she added, fit for those who don’t want to sacrifice anything, as well as those who are looking for a vegetarian, gluten-free or paleo-inspired meal.

“Customers really care about feeding into their lifestyles. It’s our responsibility to make sure we have a broad amount of options that appeal to them,” she said.

Brand executives promised that the Cantina Power menu is “just the beginning” for these types of protein solutions. Taco Bell plans to expand options across dayparts and will begin testing a new Power Greek Yogurt, Power Breakfast Bowls and Power Breakfast Burritos on Aug. 4.

The Greek Yogurt introduction is in partnership with Dallas-based Three Happy Cows. It includes 17 grams of protein and 240 calories, and will initially be available in parfait form with vanilla bean flavor and granola topping. The parfait test will begin in Omaha, Neb. It will be priced at $2.49, while the breakfast bowl and burritos will be $2.79 each.

Niccol said the Three Happy Cows’ yogurt will “change people’s perceptions on what we can offer at breakfast.”

“We have been kicking around yogurt parfait for awhile,” he said. “But we didn’t just want to do the same old yogurt parfait. We want to differentiate ourselves and what better way than to serve Greek yogurt at a Mexican concept?”

To promote its new Power offerings, Taco Bell will turn to the digital, social and mobile spaces. Television is not in the initial marketing plan.

“We’ve learned that (digital, social and mobile) is where our consumers are looking for this information,” Niccol said.

Menu details will also be featured on menus and at the POP in store.

Alicia has been a professional journalist for 15 years. Her work with FastCasual.com, QSRweb.com and PizzaMarketplace.com has been featured in publications around the world, including NPR, Good Morning America, Voice of Russia radio, Consumerist.com and Franchise Asia magazine.